$200,000 - Litigation settlement where client was T-boned by an uninsured driver.

$200,000 - Litigation settlement where client was T-boned by an uninsured driver. This is a case that shows how resident relatives for uninsured motorist coverage works. Client lived with her sister and her mom, and all 3 ladies had different insurance policies. Even though they were not involved in the wreck, Georgia law says if they are resident relatives, then their policies will add onto the client's own policy. In a case where it appeared there was no coverage, we maximized the client's recovery. She was pregnant at the time of the wreck, and almost lost the baby, but luckily doctors were able to delay labor. Several weeks later, the client had a healthy baby girl, and the client made a complete recovery. 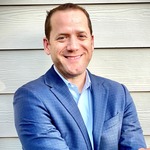 Firm Founder + Senior Partner Born and raised in Georgia, Attorney James earned an undergraduate degree at Georgia Tech, graduating with high honors. Afterwards, he went on to study law at Florida State University, where he also graduated near the top of his class. James began his legal career i...

Thank you for contacting us. We will get back to you shortly.

Please complete all required fields below.